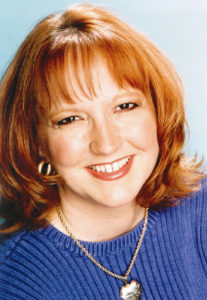 Dr. Vicki Burrichter was named Artistic Director of the Boulder Chorale in July 2015. Under her leadership, the Concert Chorale and Chamber Chorale have continued to showcase their 54-year history of musical excellence in performing classical music while expanding the repertoire into diverse styles. Highlights include Duke Ellington’s Sacred Concerts (which the chorus took to the Netherlands in the summer of 2019 with three Grammy-nominated musicians and Denver’s Montview Presbyterian Church Choir), Carnival Brazil with the Boulder Samba School and Ginga, the Tangos of Argentina with the Austin Piazzolla Quintet, Between Heaven and Earth – Hindustani classical music with JamKeyJam, Misa Tariro with Kutandara Marimba, To Hope! A Celebration by Dave Brubeck, A Very Boulder Mardi Gras with Guerrilla Fanfare Brass Band, Viva Cuba! with singer Suzanne Morales, Mozart’s Requiem with the Boulder Chamber Orchestra, Handel’s Messiah with Pro Musica Colorado Chamber Orchestra, Brahms’ Shicksalslied with the Boulder Philharmonic Orchestra, and Dvořák Stabat Mater with the Boulder Symphony Orchestra.

Highlights of her previous work include: directing Voices of Light, an oratorio set to the 1927 Carl Dreyer film, The Passion of Joan of Arc; a tour with students to Cuba; conducting the Colorado Symphony and 200 singers in the secular oratorio Sing for the Cure; twice collaborating with the Cleo Parker Robinson Dance Ensemble to perform jazz legend Mary Lou Williams’ Mary Lou’s Mass at the Denver Center for the Performing Arts; founding the SOAR! Youth and Adult Choir, which mentors foster/adopted children in choral music and life skills; winning a Gold Medal at the New York Choral Festival with her chamber choir of ten years, Canto Spiritus and; recording with that ensemble the CD Brazil! The Choral Music of Marcos Leite. For 25 years, she taught voice and performance privately and was described by teacher and author David Craig (On Performing; On Singing Onstage) as “one of the most brilliant performers I have ever taught.”

Dr. Burrichter is founder and director of several musical nonprofits and a successful production company, VIART Productions, LLC. She speaks on the business of artistic social entrepreneurship to organizations across the country and in 2014 was asked to give the commencement address to the Graduate School at her alma mater, the University of Northern Colorado. She is a lifelong educator who has taught all levels from elementary school through college. She holds a doctorate in choral literature and conducting, a master’s in music, a bachelor’s in theater, and did post-undergraduate studies in jazz, African music, and twentieth-century music. Dr. Burrichter is a Professor of Humanities at Western Governors University. Her mentors and teachers include conductors Marin Alsop, Vance George, Pierre Boulez, and Robert Shaw.