As a community organization, Boulder Chorale has included members and singers from every part of our community. One unique aspect made possible by the inclusion of both adult and children’s choirs, serving ages 5 – 90, are the many multi-generational families who are part of the Boulder Chorale. From the Haynes and Robinson family, to the mother-daughter powerhouse of Kristin and Mary Weisbach, from Jeff and Julie Hale and their four (!) singing grandchildren, the Cheng-Penuel family, Ross Holland and his granddaughter Clara, to the charming love story of Larisa and Neil Dreger, Boulder Chorale welcomes every family member.

In addition to those featured here, the BCC has no less than 19 sibling families singing this year! It’s clear the Boulder Chorale has helped many families share their love of music and music-making over the years. It’s a tradition we hope will continue long into the future. Won’t you support the organization that brings these fathers and daughters, parents and children, grandparents and grandchildren with voices raised in song? 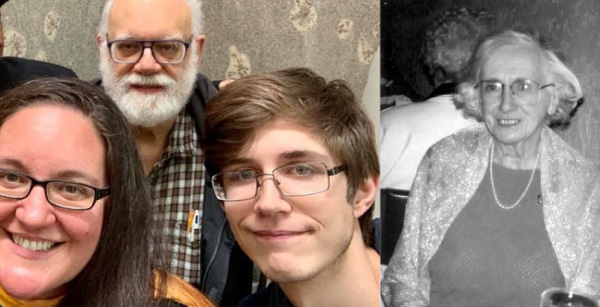 One cannot speak of generations of Boulder Chorale singers without mentioning the Haynes family – founding member Charlotte Haynes’s son Paul Haynes has been a long time member of the bass section (currently taking a leave), his daughter Kathy has been the Chorale’s bookkeeper for the past 3+ years and continues to help run our concert box office, and Kathy’s son Benji has both played percussion with and traveled on tour with the Chorale! That’s four generations of the Haynes family, all part of the story of this amazing organization.

This mother-daughter duo truly know how to make our music soar. They’ve been singing together and separately since Kristin was a child, and they have been part of the Boulder Chorale for a combined 26+ years, participating in both the Concert Chorale and Chamber Chorale. Mary, a retired teacher, joined Boulder Chorale in 2001 singing under the direction of Tim Snyder, and has been part of the Chamber Chorale since its inception. Daughter Kristin is an investigator with the Boulder District Attorney’s office when she isn’t singing solos and duets with mom Mary. 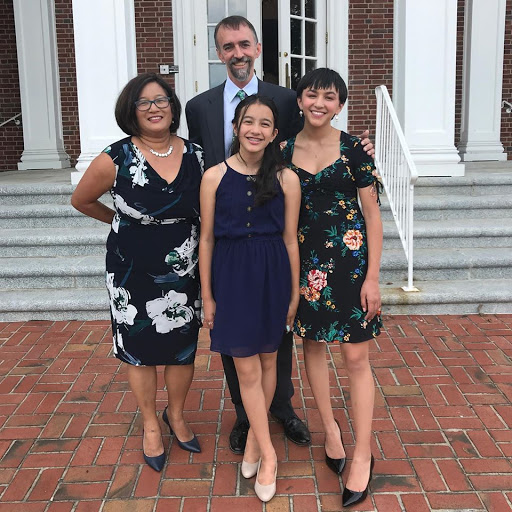 Sophomore Maia Penuel was the first in our family to join the BCC, starting in 2012 when the Cheng-Penuel family moved to Boulder. Next, Edie joined in 2013 and Bill in 2014, singing in the most recent performance of Orff’s Carmina burana. Lucy joined Prep 2 in 2014 as well, joining this singing family. Today, all four continue singing with Lucy now in Bel Canto and Maia part of the new Peak A Capella ensemble. Music is a common thread that connects us all and we are so glad to have the Boulder Chorale to nurture our love of singing.

Jeff and Julie Hale, and their grandchildren Lydia, Luca, Gianna and Xander

Jeff and Julie started singing with the Boulder Chorale in the fall of 2001 after their youngest child went off to college and they were looking for something to do together as a couple. They were invited to join by long-time member JoAn Segal who had been a tap dancing student of Julie’s for years. They both sing with the Concert and Chamber chorales. Jeff served as treasurer on the board for five years and president for two years. Julie was also on the board before being hired as the chorale graphic designer (2004-2017). She served as tour coordinator for three tours (Costa Rica, Poland/Czech Rep, and Quebec, Canada) and for the BCC’s tour to New Orleans.  In 2012, Julie was hired as the administrator for the BCC and in 2019 as the operations manager for the Boulder Chorale. 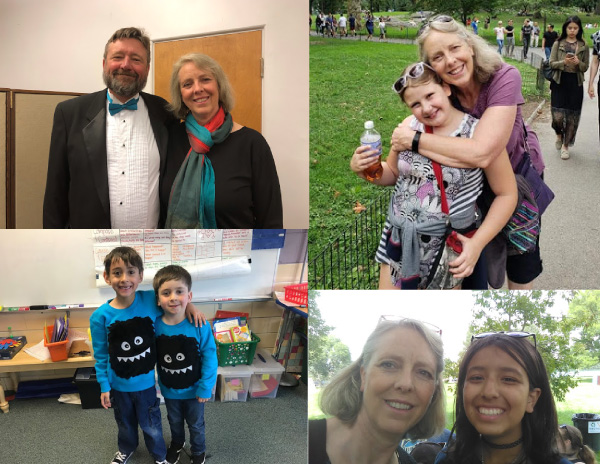 Granddaughter Lydia joined the BCC in 2010 and still sings with them in the Peak A Cappella choir. Granddaughter Gianna joined her cousin in the BCC in January 2017 and now sings in Volante. Her little brother Luca and Lydia’s little brother Xander both joined Piccolini in the fall of 2018 as kindergarteners. 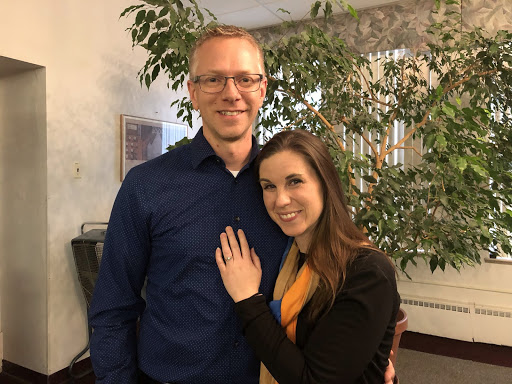 The Dregers would be the first to say, there would not be a “Dreger family” if not for the Boulder Chorale. In fall 2016, when bassist Neil Dreger was hired to accompany the Boulder Chorale at the Women’s Work concert, Assistant Conductor Larisa Somers caught his eye. After the concert Neil asked Larisa out and the rest, as they say, is history. Since that fateful meeting, they have gotten one Master’s degree (Larisa), shared one tiny home, moved twice, changed jobs (Larisa and Neil), and gotten MARRIED!! All the while, they have continued to contribute to the music-making and sense of community. We all feel so fortunate to count Larisa and Neil as part of the greater Boulder Chorale family. 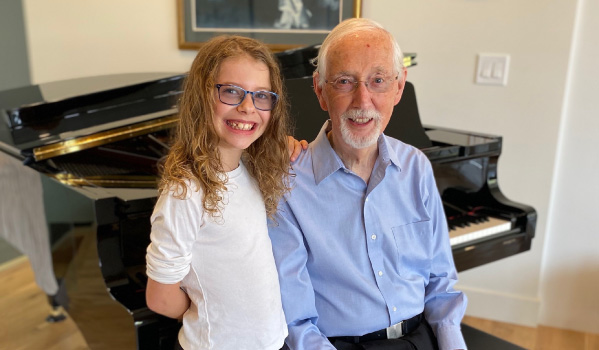 After a few years away in Australia, Bass Ross Holland has moved to Colorado and become active in the Boulder Chorale, along with his granddaughter Clara joining the BCC as well. Clara is enjoying singing with Piccolini this fall and will be ready for a new challenge in Prima Voce soon.